And The Candidate Is? 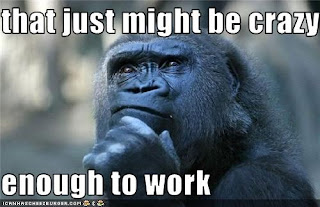 Political mayhem season is here once more. But then...it never really goes away. Before the votes are counted, someone out there is planning to run for office the next time around. I've read so many ideas about how to fix our political system. Some are possible. Maybe.

Regardless of what a prospective candidate might say, the number one reason to run for office is power. Number two is prestige. Therefore, once an individual is actually elected, what possible reason would he or she have to yield their position to a new candidate? None. Secretly, whether they admit it or not, every politician is aiming for the White House.

I think we should have a national Host or Hostess. This position would do all the social stuff. Welcome dignitaries. Host dinners and special events at the White House. Travel to other countries as good will ambassadors. And their political power would be zero. In order to qualify for the position, they would have to demonstrate their social abilities.

Then stashed somewhere out of the limelight--maybe at Camp David--we could have a CEO, elected every four years just like a president, BUT he would have to demonstrate his qualifications prior to running. Good looks, connections, and a charismatic smile wouldn't be important because this dude would never leave the country. His chance at a second four years would depend on his performance. Bad performance? He or she would be gone like the wind. And no Secret Service once he's done. No paycheck. No bennies.

The same for the members of Congress. Two terms max. Minimum wage paychecks. No bennies. No freebies. No retirement. No travel allowance. Senators and Representatives would be required to spend a minimum of 50% of their time in their home districts, actually available at an office open to their constituents.

Political mayhem season could be limited by law to four months. Except for the official 'season', no ads, no talking heads, no PR ops. After all, if they're doing their jobs, they won't have time for all that nonsense. They'll be working!

Instead of the so-called journalists covering non-events, they could actually work to inform the public with real information, detailing the real work of our elected officials.

The truth is the money we spend paying all these clowns, covering benefits, retirement, security, blah, blah, blah...would be enough to balance our budget. So I say, let them prove their worth or toss 'em out.
Posted by Anny Cook at 11:13 AM