Wrong Side of Life 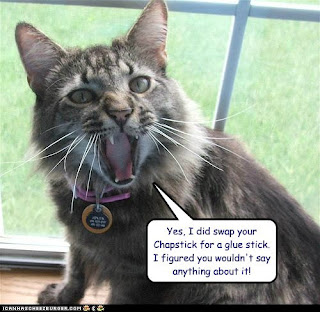 What do you do? How do you help them? Sometimes...you might not be able to.

That sounds mighty harsh. I've been one of those never-catch-a-break people. Lived that down-to-the-bone life. We know more people now living that barely subsistence life than ever before.

On the one hand, I know how fast life can go from an abundance to freefalling famine. The closer you are to the edge, the less it takes to push you over. A lot of folks who thought they were safe behind their wall of income and savings have discovered that's just not so.

It's the same reasoning people use for hiding illness. Or non-existent royalties. Or dozens of other things the world uses to gauge success or failure. No one wants to admit things might not be quite as rosy as they've been portraying. No one.

That very attitude sometimes bars us from assistance. And I'm not talking about welfare or public assistance or a handout from a church. I'm talking about the folks around us who might want to pitch in a helping hand here or there. That neighbor who would gladly fix the pipes. That friend who would take us to that job interview. The ladies group at church who would be pleased to buy some groceries.

There's a rarely perceived opposite side of the coin in the get vs. giving dynamic. People need to participate on both sides during their lives. Giving isn't better than receiving. That old cliché is wrong. But giving does allow for a balance as long as people can do both. That's what that paying it forward business is about.

At sometime during our lives we will need. Perhaps we will need more than we can possibly imagine. Consider those who lost homes, families, every possession they owned in tornadoes or tsunamis. Can you envision the total loss? Yet, even in those circumstances there were people who hesitated to ask for help. We have to get past this shame factor and reach out. Why?

Because at sometime during our lives we will be exactly where we need to be to help someone. That old saw about what goes around, comes around is true. The problem is we think we always have to compare apples to apples or oranges to oranges, when we really should just toss all the fruit and veggies in one pot. Just because someone fixed our pipes doesn't mean we have to fix someone else's pipes to "pay them back". Nope. What the next fellow might really be desperate for is a job reference or a new pair of shoes.

Do you know someone really wallowing in the slough of depression and despair? Have you asked what you can do? Remember, no one gets up on the wrong side of life on purpose. No one.