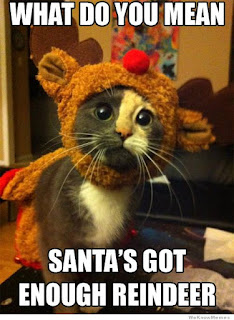 Unless you live in a cave somewhere in the deepest, darkest Amazon, you know a little competition (the Olympics) is taking place in Rio. By their very nature the Olympic Games are totally about hopes and dreams. Just taking part in the world wide arena is a major hope and dream, whether you are at the top or the bottom group of competitors because wherever you're from YOU are the best from your country. I think some of the observers forget that.

Yes, on one level, it's all about gold and silver and bronze medals. On an entirely different level, it's about competing against the world's best and performing at your peak ability. How many opportunities does any individual have to do that? In any arena? And it all begins with a dream and high hopes.

If you're not the best does that negate your dream? No. Someone will always be better. I think about Usain Bolt, 'fastest man on the planet'. That's what the sportcasters are yelling, but who knows? Likely, somewhere in the world, quietly going about his life is another man who could give Bolt a run for his money. So, in truth, Bolt is the fastest at this particular competition. The same is true for all the competitors in all the various arenas. Winning--while exciting and wondrous--is not what the Olympic Games are about. Politics, doping, and all the other scandals are not what they're about either.

No, they're about hopes and dreams. They're about a 41 year old gymnast with the guts to go out there and compete on the world stage against young women half her age. Or the 38 year old volleyball competitor when dared to go for the gold. They're about all the men and women who sucked it up, worked like stevedores, put their futures on hold so they could represent their countries.

For those who thumb their noses at the men and women who didn't win gold, I say shame on you. Shame on you. What have you done with your life that gives you the right to badmouth them? Winner or loser, the Olympic competitors went out and tried. They got up off their couches and recliners and worked for their dream. Who cares whether their outfits were attractive or their hairstyles were up-to-date or they placed their hand over their heart during the National Anthem? They earned the right to stand on that podium.

As an American, I'm proud--and thankful--for all the men and women who went out there and worked to represent me. Competition in the Olympic arena was never my hope or dream, but we all have some hope, some dream we strive for. May we continue to work for our dreams undeterred by the naysayers in the world.
Posted by Anny Cook at 5:14 PM 1 comment: