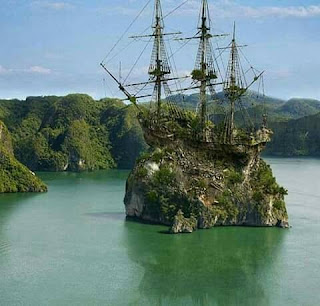 Since the turn of the century, it seems we (humans) have embraced a worst case scenario outlook. There's a hurricane out there coming our way? It'll be the most devastating on record. Four people were shot at a supermarket? Well, that's not bad...it could have been more like that bunch shot two days ago at a concert. Somehow, we've lost the ability to be positive.

I'm not talking about a Pollyanna attitude, but the willingness to be prepared for the worst while living every single day to the utmost. Folks in the past didn't expect winters with so much snow they were trapped for days or weeks, but they were prepared just in case with adequate water, food, and blankets/wood for warmth.

I've been pondering the increase in mental health issues we face as a species. And part of it, I believe, might come from our eagerness to embrace the worst possibility instead of the best. Think about it. I'll wait.

When the doctor sends you for a test do you immediately assume the most catastrophic news? Or do you adopt a wait-and-see attitude. Do you expect disaster? Or do you calmly prepare while moving on with your life? Do you celebrate all the benchmarks of life, enjoy every bit of happiness, even as you respect the difficulties life brings to all of us?

A popular phrase from my early adulthood was "Life is to be lived." I didn't quite understand it until the last couple years when my life has been fraught with illness and pain...when "I can't" seems so much easier than "I will". For every day I get out of bed, get dressed, and go out to do battle with whatever is on my schedule, I am grateful. And while I'm out there, I try to be as observant and alert as possible because some day I might not have that privilege and I earnestly horde every memory.

I often contemplate the joy my memories will bring. And when I do, I smile.
Posted by Anny Cook at 8:11 PM No comments:

The Day I Killed a Frog 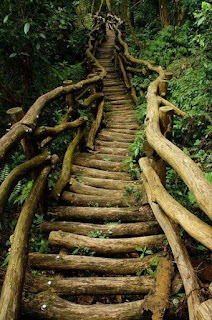 The summer I was fourteen, my family went to stay with my Uncle Bill on his place in west Texas. It was a dry, dusty place with no running water, one outhouse, and a well. Mostly there were scattered mesquite trees, cactus, and dirt. Lots of dirt.

Uncle Bill raised a few sheep for their wool. And he had a horse. There was a tumbledown shed he called a barn. And off about a quarter mile away was a pond with scummy water where the animals--wild and tame--would come to drink.

It was hot. Too hot to wander around outside. I was used to going to the park near our apartment in Chicago and sprawling out on a blanket to read beneath a shade tree. With little to see or do, I soon became bored.

One afternoon, my father grabbed Uncle Bill's shotgun and asked me if I would like to learn to shoot it. That perked me up right away so I eagerly followed him out to the pond, anxious to shoot something...anything, as long as I could actually hold the gun.

After a far too extensive overview of all the parts of the shotgun, he finally allowed me to shoot. The first time I ended up on my butt. That didn't stop me. Determined to learn how to use it, I crawled to my feet and went at it again. My initial excitement soon wore off as I wanted something to actually shoot. Just shooting into the pond was boring.

So my father pointed out a prickly-pear and suggested that as a target. I think he was surprised when I hit it...and the branch of the mesquite he pointed to next. He found a couple old bottles I popped on my first try. Oddly enough, I was proving to be an excellent shot.

Then I spied some tiny frogs at the edge of the pond and without much thought, popped one of them. Naturally, it disintegrated in an explosion of frog bits and blood and sand. The little group of frogs had disappeared.

I handed the shotgun to my father and went to look at the carnage. My father propped the gun over his shoulder and said, "Never point at something you don't want to kill."

I walked away, appalled and sick.

On this terrible day of mourning, I look back at that sunny afternoon and think about how I felt and how I learned a never forgotten lesson. It was personal and required an acknowledgement of the deed, the guilt never went away because it was wanton, without reason or need.

I understand hunting for food. I understand target shooting at a range. I understand sanctioned shooting in the military or law enforcement. All of those have their place. But once you take a life, wherever it might be in the scheme of things, you are never the same.