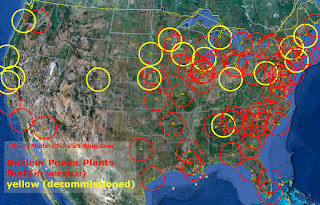 I've been planning/researching my incredible book about the apocalypse for...ever. Back when I started kicking around possibilities, no one was writing about it much. Certainly, no one was writing a romance set against that background. It was too depressing, too dark, just...too much of everything.

And now? I suspect the apocalypse will be the new wave, nudging vampires and shifters and zombies to the side. And I wonder what that says about us. Is life that complicated? Or do we just want a bit of  the positive to help us cope with all the negative around us?

Of course, it might just be authors are using their writing platforms to sound the alarm. Whatever that alarm might signify, be it nuclear war/power, climate change, over-population, plague, or aliens, there's something out there for everyone. What I'm noticing, though is the way authors are ignoring realities when the facts get in the way of the story. It's sort of like refusing to account for the effect of tossing a ball in the air--no matter how high you toss it, eventually, it will come down.

With that in mind, I've compiled various scenarios, trying to string out the consequences to the logical end, trying to see what needs to be included in the conclusion. There are a lot of factors, a lot of possibilities that mostly leave us with an ELE (Extinction Level Event).

Quite a few years ago, I wrote a blog, posing a question: What three things would you want to have if you were shipwrecked on a deserted island? You would not believe how many people replied with cellphone/laptop/tablet/bottled water and the one that puzzled me most--lip gloss and sun screen. There wasn't one reply that demonstrated even the least touch with reality.

Is that a true picture of our culture? And if so, how would folks survive? Something to consider. Yeah, something to think about.
Posted by Anny Cook at 4:29 PM No comments: 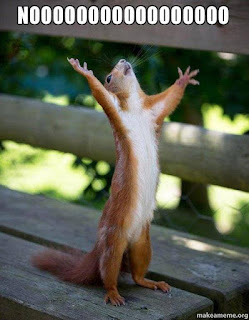 It's interesting how very divisive the 'me too' movement has become. Personally, I think the original idea was simply to demonstrate just how many humans--female OR male--have been sexually molested, assaulted, or harassed in their lifetime...a visual count. Nothing more. Nothing less.

Some folks chose to tell their stories. Others chose not to participate. Everyone is free to choose how they react.

Will it materially change the situation? Possibly not, but one thing that has happened is it's opened a discussion that's long overdue. Some have said women should be more proactive. But for many, their experiences happened when they were children and had no recourse. I believe this movement gave them the opportunity--possibly for the first time in their lives--to acknowledge what happened to them.

I also believe many men have NO clue how very pervasive the culture is because women--and assaulted men--have had no platform before. As with so many of our cultural issues (racism, sexism, homophobia, etc.) for many folks if it has never affected them, then it isn't a problem.

The first time I was molested, I was five years old. We lived next door to the post office in a tiny hamlet and I had wandered out of my yard into the open post office, likely from idle curiosity. A man came in, backed me into a corner and thrust his hand down my panties. And all the time he did this, he told me in no uncertain terms if I ever told anyone, he would kill my parents and little brothers and then he would set our house on fire. And I totally, completely believed every word.

Shortly after that, we moved to another town, but I never forgot what happened, and I was always reluctant to ever be alone again. From five to this day, fifty-two years later, I am a cautious, aware female, even in my own home.

Years later, as a young mother and adult, I worked in one of the first MacDonalds with a drive-thru. For several weeks, we had a male who intermittently ordered, then drove up to the window with his genitals on display. Understandably, our crew members were upset and disgusted. But I had a plan. The next time he ordered, one of the girls whispered it was 'him'. And I took the order myself. When he showed up at the window in all his glory, I dumped his milkshake in his lap and wished him a good evening. And he never came back.

When I was in my forties, I worked in an office with several other women. A new director for our department was hired and as is normal, there were some adjustments. But then a strange thing occurred. This new director, a relatively young man, started standing too close to the women in the office when he was talking to them. Now, everyone understands the concept of personal space and he was certainly violating that. But then he started playing with his genitals, both on the outside of his trousers and then by sticking his hand down his pants. As his secretary, I took the initiative and filed a harassment complaint.

The HR department called me over for an interview. Turns out five other women had complained, but HR felt they all have other agendas because they were generally unhappy with the changes he was making. I, however, did not have a personal agenda so they arranged for an outside investigator to interview me. The upshot was his termination. Not solely on my testimony, but it turned out on further investigation, this was his MO from previous positions. Now I worked for a school and in that state, it was LAW that any potential employer had to be notified, but my employer was the first one who did so when he looked for other employment. And they also notified the state education department. I heard later he had worked for five different counties in schools. And they never notified prospective employees. So...I suppose the buck stopped with me.

There you have it. Three different incidents out of many in my lifetime with three different outcomes. I know there are men and women who have terrible heart-breaking stories. And I've seen where a few protested that they'd never had anything like it happen to them. Well, then they are incredibly fortunate. The truth is, I believe sexual harassment, molestation, and even outright assault is far more common than we are willing to admit. I personally know eight people in my family who have been affected by this scourge.

Until we all stand up. Until we all teach our children it's never acceptable, it's never right, it's always something to immediately tell a responsible adult about...until we support the victims any way we can, it will continue. 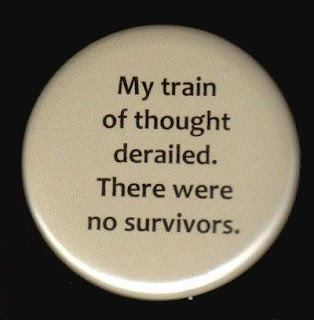 I haven't written in a while--partly because I'm not concentrating very well--and mostly because I'm overwhelmed with all I want to say, but cannot. I bet you're confused now, aren't you? Well, so am I.

Every single day, I find myself bombarded with new disasters and chaos, with no time to breathe in between, no time to just absorb the new terrors and loss before the next wave inundates. It's no surprise that folks are suffering from depression and anger and a sense of helplessness. Some people believe this is the worst life has ever been and it pains me to say, "No it isn't."

For each of us, our personal miseries are the biggest, baddest things that have ever happened. I know. I've suffered loss and betrayal and uncertainty just like everyone else. That is the balance to the joy and trust and happiness we also experience. It's a matter of perspective.

Do your feet hurt? Consider the person who has no feet. No, don't push that thought away. Take a moment or two and seriously think about what life is with no feet. Really think about all the difficulties involved. And then tell me--do your feet still hurt?

A while back, I spent about eight weeks in complete, total misery due to a back injury. I needed help to roll over in bed. I needed help to stand. Most mortifying, I needed help to wipe my ass. There were days I lay in bed and wondered if this was my future. And yet...yes, I knew deep within me, there were others out there who suffered so much worse. And because I could see that, I didn't give up.

In the midst of this chaotic, disastrous world we live in, we have an important mission. That mission is one of encouragement. Not the Pollyanna style of unicorns and rainbows, but the encouragement of real service. Folks stand around and wring their hands and say, "I'm praying for you. I'm thinking about you."

I'm not dissing prayer. I believe it's important. But, people! That's not the end of it! God never said, pray about it and then sit on your butt waiting for the answer. Even at a distance, you can provide support. Get off the computer and make an actual phone call. Talk to someone. Send a real, live card with encouraging words...you know one with an envelope and stamp! Enclose a gift card if the recipient is struggling. Send flowers for no particular reason. Why do we wait for an occasion?

Instead of allowing all the bad stuff to silence us, speak up. Be counted. Don't wait for the disaster to strike. Pick a cause, a need, and pitch in. Don't be silenced.