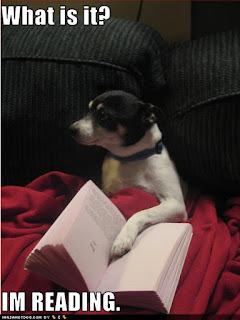 When I started reading (around age five) my father started me with the Bible. It was a book--actually, one of the few books in our house at that time--so that was my beginning reader. Now I don't know if any of you have read the King James Version of the Bible, but it was translated in the 1600s so it's contemporary with Shakespeare. To this day, the poetry of the King James Version sings to me.

Recently, I sent a new manuscript to several beta readers. As is usual with the readers I choose, they offered comments and suggestions for which I'm very grateful. But one particular issue common to all of them was their comments about a couple words I used. Yes, they were 'made-up' words, but then our entire vocabulary consists of made-up words. They all began somewhere.

So one of the sentences mentioned was the following:

On the underground market the boots would fetch enough distris to buy an entire herd of shnormies.

They questioned 'distris'. Why not use coins instead? Prior to this point in the book I had described shnormies (a riding beast), but I didn't explain distris because I thought the meaning was clear from the sentence. I submit that if this book was placed in Regency England, the proper names for coinage would be used with no further explanation.

Deducing word meaning from the context was how I learned to read. Is this no longer taught in school? We didn't own a dictionary when I was very young. I was expected to figure it out by adding up the clues in the text.

So here's my question--are we as romance writers dumbing down our writing? Are we so anxious to be everything to everyone that we're nobody to anybody? Am I the only one who enjoys books that stretch my imagination and mental muscles? And how far are we prepared to go to appeal to everyone? Not all readers want to read a book that appeals to the lowest denominator.

Vocabulary and imagination shouldn't need to be sacrificed so we can appeal to every possible reader. I believe if the story is well written and engaging, it will reach the readers who will enjoy and appreciate it the most. 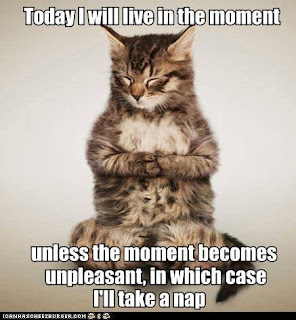 There are all sorts of coping mechanisms. Some folks ignore the chaos around them. Some try to control it. Some find solace in music or reading or television. Personally, I take a nap.

I've heard some people talk about taking a walk, but that isn't always convenient. It might be raining or snowing or windy or cold. Napping is always available. Napping doesn't require any equipment (except for a soft, cozy, thick afghan). It can happen anytime of day. And napping has no particular time requirements. You can nap for fifteen minutes or three hours.

Living in the moment is okay. But for a really positive experience...take a nap.
Posted by Anny Cook at 2:46 PM No comments: 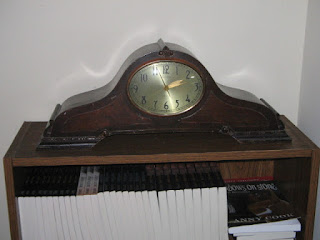 When I was a small child, one of my earliest memories is napping on a pallet on the floor at my grandparents, listening to the soft chimes of their clock. It chimed on the quarters and half hour in addition to marking each hour. That was over sixty years ago.

My grandparents are long gone, along with their possessions. And I hadn't thought about the clock in many years...until a cousin, Carolyn, wrote to ask me if I wanted my grandparents clock. Oh, how excited I was. Immediately, I wrote back, "Yes, yes, yes!" I was so thrilled when it arrived in the mail, along with two plates from my grandma's kitchen.

Now as I sit in my office, I listen to the clock chiming, bringing back distant memories of another time and place. It sits on this small bookcase right outside my office door, reminding me that time can bring joy and sweetness, even as it rushes by.
Posted by Anny Cook at 2:33 PM No comments: