Perspective the Second Time Around 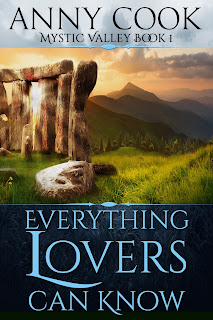 A while back I received the last of my book rights back from a certain not-to-be-named publisher. And quite frankly, I was in a bad place in my life and at that time I didn't care if I ever repubbed them again. I also was thinking iffy thoughts about the subject matter/erotic content. So I put them on the back burner to simmer.

Above is the cover for the first book. I had strong thoughts about completely rewriting it or expanding it or... well, if you're one of my fellow authors from there, you know where I'm coming from. But today, I finally sat down and read the darn thing for the first time in about a year. And found myself chuckling and smiling. And I decided this was where I was in 2007 and it wasn't a bad place, you know?

So hopefully by the end of the week, I'll have it back up at least on Amazon. If you like your romance a little steamy, maybe you'll give it a try. 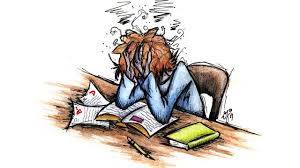 In the past two or three weeks, a number of posters on my facebook timeline have announced they have 'unfriended' folks for various reasons ranging from political beliefs to some vague personal reasons. Now I don't care if an individual unfriends the entire list of friends. What disturbs me is the secret glee--and self-righteousness--peering out from the posts. That 'I paid you back!' attitude says more about the poster than it does about the unfriended.

The internet, and in particular social media of any ilk, has a long memory. What you post today will come back to take a chunk out of your backside in the future. Trust me on this. I learned this lesson much to my cost more than five years ago when I sunk my writing career with careless words.

At the time I had more than fifteen books contracted with a certain unnamed publisher. I was unhappy about various issues (covers, publishing schedule, etc.) and discussed it on what I considered to be a private group of friends/fellow authors. Within weeks, I was assigned a new editor who not only didn't want the additional burden of a new author, but also didn't think much of my writing skills--and wasn't shy about stating her opinions. Several weeks later, I was assigned a different editor who briskly informed me it was going to take several months for her to read through my previous books so she could get 'up to speed'. In the meantime, I should fill out the attached forms. Seventeen pages. She would get back to me when she was ready to deal with me.

My royalties tanked. Seriously. They dropped from over 2K a month to less than two hundred dollars.

Fellow authors and friends vanished into the internet ether. Like the old-time Amish, the shunning began. It was pervasive and total. No one wanted to know me.

And my royalties sank to nothing. Checks failed to arrive. Editor e-mails went unanswered. I was officially persona non grata. I had committed the unpardonable sin of mentioning the small short-comings of my publisher.

I was among some of the first who faced the unfair practices of a publisher.

Eventually, my editor sent my most recent submission back with a detailed five page letter explaining all my shortcomings and noting she would be willing to reconsider it if I made the changes noted, thereby substantially changing the book. I declined. And submitted another story I had written in the interim to a different publisher where it was accepted.

And life went on for a short while. I found myself in a smaller, constricted circle of friends as one after the other drifted away. My next four submissions were rejected out of hand. And I stopped writing, convinced I'd never been more than competent to begin with.

I have all my book rights back from that publisher, but I'm not sure I'll ever re-pub them. The three books I currently have on the market net less than $10 per quarter--total.

And the 'friends' and 'fellow authors' I enjoyed sharing with so much earlier in my career? Well, most of them have discovered for themselves the real sorrow of dealing with that publisher.

All of my troubles can't be blamed on that initial transgression in that 'private' group. But certainly, some of them started then. I wonder if the individuals who hastened to pass on my feelings really understood how damaging it was for me? There's no way to tell.

But since then I've adopted a 'don't ask, don't tell' policy everywhere on the internet. If someone bothers me with their post, I quietly unfriend them and move on. It's no one else's business. I learned an expensive lesson back then. I hope others won't have to learn that lesson, too.
Posted by Anny Cook at 4:31 PM No comments: