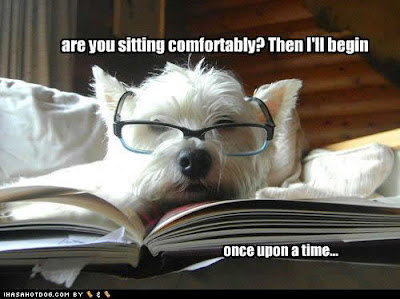 
“Place your hands on the ground above your head,” a deep voice murmured in her ear. A rash of goose bumps pebbled her neck when his warm breath washed over her cold skin.
Poussé mentally shuffled through several options as she muttered, “Yeah, yeah. Give me a minute here. You’re squashing me.” The man was too heavy for her to dislodge and his position, sitting squarely on the center of her spine, left her with no leverage to work with.
He knocked her snug cap to the side. With one hand twisted in her shocking blue Mohawk and the other one still pressing the knife tip to her neck, he scooted down until he was seated on her butt.
“Move. Toss the weapon away too.”
Just for a second she considered trying to turn beneath him, but decided the risk of a slit throat was more than she was willing to bargain. Pissed off at the way he had captured her, she shoved her rifle away and stretched out her arms above her head.
With swift, blurred movements, he yanked her hands down and cuffed her wrists, winding some furry material around them and knotting it. When she lifted her head up, trying to look over her shoulder at her captor, he shoved her head back down, shifting so his body was stretched over hers from head to toe.
Her cheek was ground into the dead leaves and dirt and the scent of decaying plants tickled her nose. She clenched her teeth, desperately fighting the urge to sneeze. “What the fuck are you doing?”
“Protecting you, woman.”
“Protecting me? Are you crazy? Get off me and give me back my rifle! Achoo!” The sneeze exploded with such violence her face slammed into the ground, with her nose taking the brunt.
“Quiet.”
Her eyes watered as searing pain spread across her cheeks but before she had time to complain, she was distracted by the unmistakable pressure of his hard cock pressing against her ass. “Listen, buddy. I’m not interested in that kind of action,” she protested, suddenly wriggling fiercely as she tried to throw him off.
A spicy unfamiliar scent drifted past her nose when he nipped her ear with his teeth. “Then be still or I might get the idea that you are interested. I find your ass very attractive.”
She froze, barely breathing, snuffling softly through the trickle of blood that dribbled from her nose.
He leaned forward, his cock pressing harder in the crevice between her legs as his heavy muscled chest flattened her on the ground. With a low grunt, he reached for the rifle.
Her heart stopped and stuttered before racing into a pounding gallop. The hand that touched the rifle was blue. Not tattooed. Not blue-tinged, but blue. Slowly her gaze moved up the muscular arm attached to the strange hand. Blue. Unmistakably
blue. What kind of alien had captured her?
“What is this place?” She whimpered breathlessly.
A shrill whistle came from the right and he leaped to his feet, easily hauling her up by one arm to face him. “Welcome to Mystic Valley.”