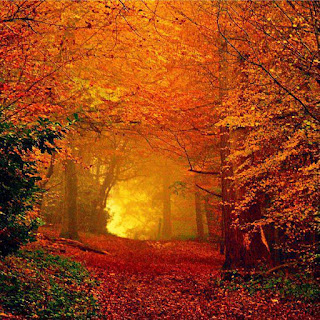 Long before we had a government or a flag or an anthem, we were the people. Back then, we didn't waste time worrying about whether someone stood while someone else sang a song. We were too busy for that nonsense. Instead, we were trying to keep body and soul together.

Now, in this new day, our people are more divided than ever. The 'haves' worry about things like whether someone stands when the national anthem is played or not. It's a song. I admit, it has meaning for me, but I was raised in an entirely different era, when most folks took great pride in such things. Now, few care one way or the other, and without the boost of media, no one would care at all whether someone stands or not. After all, I'm willing to bet few home spectators stand for the national anthem. I bet most of them are in the kitchen getting a beer or soda and chips. So that's kind of hypocritical, isn't it?

Now, I have great respect for the flag. It represents our country. But I also respect the right to dissent. Isn't that what our ancestors have fought for over the years? At least, that's what they taught us in school. So...are only certain people allowed to dissent? Peaceful dissent. No one has the right to riot or murder or burn other folks homes or businesses or possessions. No one, regardless of color or religion or gender. Throughout our history, we've protested. I was a young adult during the Vietnam War, and believe me, there was a lot of protest! Folks say they don't remember our country ever being so divided, but I say they just don't remember.

It's impossible to get two people to agree about everything, let alone several million. Every single person has their own agenda. Every one. And it all goes back to personal beliefs, needs, and wants. So, just because you believe something, doesn't mean I have to. That is what our country is all about.

Already, I'm starting to see fake posts about some nebulous person forbidding folks from saying Merry Christmas or calling a decorated tree a Christmas Tree. Just stop it. No one is doing that crap. Fear mongers love to post that crap every year to wind up people. Ignore it and move along. If you want to say 'Merry Christmas' then do so. Go shout it on the street corners.

Why do we spend so much time emphasizing our differences instead of embracing all the ways we are alike? Fear. Bone deep fear encouraged by the few who would keep us divided. Next time you see a post about somebody doing something you don't approve, stop and really think about it. Why was it posted? Whose agenda is being forwarded? What do they really want to accomplish?

I have a dream. I dream of a land where everybody wants the best for their fellow man. Where they appreciate our differences and lend a helping hand to those in need. That's the country I live in.
Posted by Anny Cook at 11:38 AM No comments: