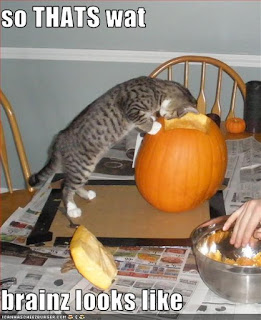 She sat waiting on the wide wooden porch, a deep bowl of candies on her lap. Carved pumpkins, their eerie candles flickering in the light autumn breeze, provided the only light. Children and parents crept along the sidewalk bordering the dark yard. Though most hurried past, a few brave--or greedy--trick or treaters braved the scary trek up to the porch.

Those who found the courage to climb the worn steps were well rewarded. She smiled as she doled out the candies, speaking quietly to each child. Her soft white hair and bright blue eyes calmed their fears as she complimented them on their costumes and inquired if they'd collected many treats.

She noted the changes from other years, long past, when the majority of children dressed as pirates or clowns or cowboys or Indians or even a princess or two. Now, they all seemed to favor superheroes and Disney characters.

One little girl, dressed as Princess Fiona from Shrek stopped dead at the open gate and refused to go further though her mother urged her on. The woman's eyes met Fiona's for a sharp pregnant moment and then, Fiona was fleeing down the walk, her mother racing after her.

Well, now, the woman thought. There was more than met the eye there. Miss Fiona was a most perceptive princess. Her visitors usually saw what she wanted them to see. She smiled. They didn't know her at all. Or all the others like her who eagerly waited for this one day of the year. Some called it Halloween.

But others...called it the Night of the Hunt. 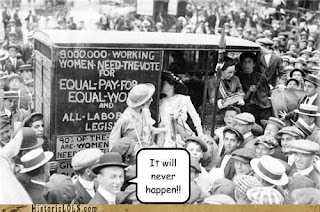 Yesterday the hunk and I went to vote, taking advantage of the early voting hours in Maryland. It was quite chilly as we stood in line outside, a longer line than I'd even hoped for on this, the first day of early voting. We arrived at 4:15 PM. It was 5:45 when we finished and walked back to our car. And all the time we waited and voted, I watched the folks around me, men and women, old and young, every skin color, and multiple languages as they patiently stood in line to vote. And it came to me that THIS was the American Experience.

Regardless of party affiliation or agenda, the true path to change is this simple act. We go to the polling place and exercise our right to vote. Yesterday, I stood with folks who showed up with their canes and walkers to vote. Young, old, wealthy, poor, they all came to join in solidarity for this most important responsibility of citizenship. They came to vote. One woman--possibly in her twenties--confessed it was her very first time to vote, and received a round of enthusiastic applause.

I have voted in every election since I was eligible to vote--fifty years now in several different states. When my children were old enough, we went together to vote, because the hunk and I believed citizenship is taught at home--not learned through school or television.

I hope there's a record turnout, because when it gets down to the most basic tenets of our society, the right to vote is there at the top. Vote. Take a friend. Go with your youngsters. Demonstrate good citizenship!
Posted by Anny Cook at 4:40 PM No comments: