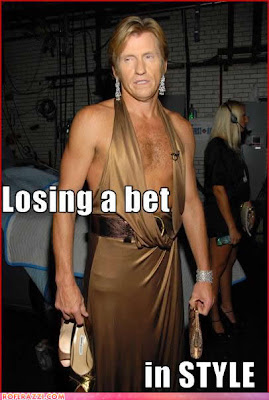 There are losers...and then there are LOSERS. Which are you? Do you lose in style, going the extra mile?

I have a theory. I believe that winning and losing is based on the final outcome, how we face it. Some losers show so much grace and panache that you just can't envision them as losers. And some winners are so ungracious and its-all-about-me that you won't ever see them as a winner.

Losing--or winning--is about how you act on the stage of life. Recently read of a young woman who won an award at one of the award shows. As she walked on the stage someone accidentally stepped on her train. From the reports, she whined and carried on as though something life shattering had happened. As more than one person commented, the show she put on at her acceptance speech forever changed their perception of her--and not for the good.

In the triumphs and defeats of life, shouldn't we put our best foot forward?