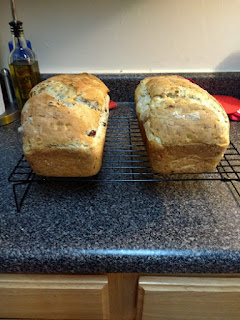 For the last two or three months, two ads have appeared in my Facebook timeline every single day. One is for a book detailing how to build/maintain/grow a hydroponic garden. The other is a complete herbal compendium detailing all the plants (particularly wild plants) that can be used in alternative medicine.

The two ads have appeared so consistently I'm wondering if there's an underlying message...something along the lines of "you will need this information soon because all hell is gonna break loose". There is a third ad that shows up almost as often. It's for something called a patriot charger--a type of solar power charger for cell phones and tablets. The thing is, if there's no power elsewhere, cell phones and tablets won't be of much use anyway (except to play Solitaire). Maybe the charger can be used to power up lights.

I suppose I would be more impressed if I was receiving ads on how to filter water or how to make my own wind power turbine or how to build a latrine. Those are all things I believe would be quite useful in the apocalypse. I've noticed very few post apocalyptic books have addressed the immediate need for a latrine. Maybe the writers just figure folks can 'hold it' indefinitely, though that hasn't been my personal experience.

Another thing that's never addressed is trash disposal. I wonder how long it would take folks to figure out no one was going to show up to haul away the trash? Then what do they do?

Ads are a fact of life, but they make me ponder what the real messages behind them are.