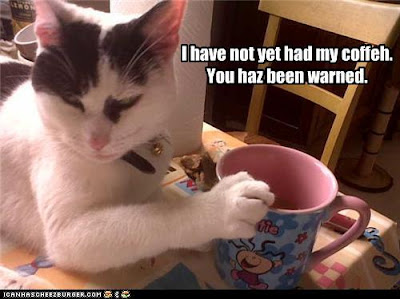 It started out as an ordinary winter evening. The hunk was in our bedroom playing a computer game with our son, who lives in New York. As usual, they were on the phone, growling at each other. I was in my office preparing for my monthly chat at Love Romances Cafe at seven p.m.

We were having leftovers for dinner. Because of the chat, I heated mine up and ate early and left his on the counter. Around five to seven I heard noises and assumed it was him, heating up his dinner.

At 6:59 PM the phone rang. On the caller ID I saw it was our son and yelled for my husband to answer. When he didn't pick up, I answered the phone. Immediately, my son yelled, "Check Dad! Somethings wrong! Go check him!"

And that's when the evening took an odd turn.

The hunk was sprawled in his chair, unconscious. I recognized the signs, though it had been a long time. He'd had a seizure. I told my son I was calling 9-1-1 and hung up.

By the time the ambulance arrived, his eyes were open, but nobody was home. He kept trying to get up. He's not a small man. So we had a bit of him struggling to get up and me holding him down. The paramedics checked him out and confirmed he needed to go to the hospital.

While they were taking him down the stairs to the gurney, I raced around getting my bag, some socks, left a message for the readers and authors at my chat, and went out into the hall to get the house keys from the hunk.

Oooops! It was snowing. Hard.

Back into the house for different shoes and a heavier coat. Then out to clean off the car. The paramedics said the closest hospital was "code yellow". (I never found out what that meant.) Instead, we were going out to the hospital in the next county. And I didn't know where that one was located. But the paramedics said I could follow them and they would wait for me.

With the windows cleaned off, I hopped in the car--really an SUV--and followed the ambulance. It was a very, very long drive. None of the roads were clean. The traffic just crawled. If we got up to 20 mph, I'll be surprised. A trip that normally takes twenty minutes took forty-five.

By the time we arrived, the hunk was pretty chirpy. And I started to come down from my adrenaline jag. It didn't take long to figure out the reason for his seizure. He was on new meds and in the switch-over he wasn't taking quite enough.

The roads weren't quite so bad since the plows had taken at least one pass at them. We were home by midnight.

So it was a scary, lonely ride behind that ambulance in the dark. I want to thank all the ladies who showed up at the chat-that-wasn't and the fellow authors who heard about it through the grapevine. The prayers and good wishes you offered no doubt helped keep me on the road.

I want to thank the Reisterstown Ambulance crew. Your were wonderful, competent, and patient. I appreciate your care for the hunk.

I want to thank the Carroll County Hospital staff. It's been a long time since I've dealt with such an attentive, understanding group. They were friendly and smiled. You never realize how reassuring a smile can be.

Lastly, I want to thank the true hero of the night--my son. He lives five hours away, but he kept his head and persisted until he got his father the help he needed. I don't tell him nearly often enough how proud I am of him. Son, I love you.