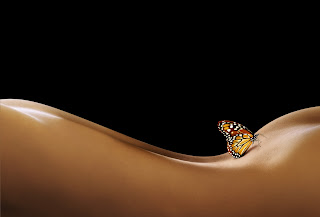 Women are under attack across the globe. Some live in daily danger in obvious ways. For others, there's a more subtle battle in progress. In both cases, a massive power struggle is taking place.

Whether you are of a religious bent, fervently believing the Genesis account of the beginning of life on this planet--or more inclined to take the scientific road--women have been the 'bad guys' from the dawn of life. Men both fear and revere women because we are necessary for one single event...the birth of the next generation AND this gives us great power.

Already, there is a war against women taking place, both public and private. But if men ever figure out how to produce sons (not daughters) without the benefit of a woman, life for all women on earth will not be worth a plugged nickel. Consider. In the Biblical account, Eve tempts Adam with the fruit (surely an allegory for sex, I believe) and thereafter, all the bad things that happen are blamed on her.

Personally, I think it's a clear illustration of Adam's weakness. He fails the very first test of his morals. And from that point, there's a constant stacking of the deck in his favor. Without being shored up with various laws that were favorable to men, women would obviously be ruling the world.

In the very early religions, men and women ruled equally. Then a powerful patriarchal religion swept the world and the female goddess was suppressed...and disappeared. With that suppression, woman's place in the world changed. Her position was relegated to baby-maker and servant. Religion constantly reinforces her unworthiness and second-class status in society--regardless of country or culture. It isn't about equality or the right to vote or the right to work. (What woman in her right mind wants to work both in the home and outside it?) This is about the deep cultural attitudes that keep men in power. Attitudes so subtle they're nearly impossible to change.

One of the ways this is reinforced is by blaming the woman for rape. "She was dressed provocatively." "She was acting sexy." "She was dancing or singing or...just enjoying herself."

No one mentions the male who commits the crime. Like Adam, he is too weak to control his urges. His fellow males make excuses for him, pointing out the overwhelming power the woman obviously exerted over him. Otherwise, he would normally be better behaved...right? In other words, every man on the planet--given the right provocation--will rape a woman.

Two young women in Pakistan were dancing in the rain. And for this terrible crime, they were murdered. What crime, you say? The terrible crime of behaving immodestly.

A girl is gang-raped in the U.S.A. When she seeks justice, her reputation is smeared by the press while the young men who committed the crime are excused because 'boys will be boys'.

A law is changed in a Middle Eastern country allowing men to take wives as young as nine years old. No one calls it what it is--perversion and pedophilia.

Are there any so-called 'real' men out there? Yes, of course. They're going about life, doing what they have to do, defending the weak and defenseless, protecting their families, honoring their wives. Unfortunately, the clamor of those others--the ones without honor or morals--is louder and growing in influence.