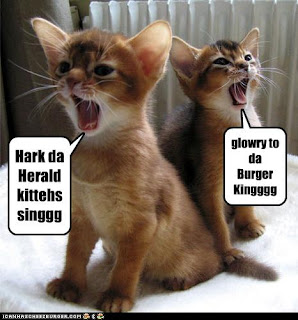 For those who follow my blog, you know I post several Christmas Vignettes from my past throughout the month of December. Mostly, I do it to remind myself of all the blessings I've been given through the years.

Christmas 1959. I was ten years old. Our family lived in Globe, Arizona, but we had traveled by automobile to Gary, Indiana. It was before the days of interstate highways and my parents drove many hours, late into the nights, to arrive by Christmas. My younger brothers and I occupied ourselves by discussing and boasting about the snowmen we were going to build when we arrived “up North.”
We arrived safely (our first miracle) in the cold pre-dawn hours. It was a cold, damp, windy morning with nary a snowflake in sight. Dad stopped at a gas station so that we could freshen up. The restrooms were unheated, providing us with an excellent reason to speed through our clean-up. With our faces washed and our hair combed, so that we were presentable, we piled back into the car and traveled the few blocks to my Aunt Betty and Uncle John’s house.
There, as we shivered under a barely lightened sky, my Dad was struck by an inspiration. He gathered us in a tight group on the small front stoop—and at 6:00 AM—we began bellowing out the strains of “We Wish You a Merry Christmas.”
Now it stands to reason that SOMEBODY would want to shut us up, but nobody came. Dad led us into a second verse, urging us to sing louder.
Still no reaction.
The wind whipped up, cutting through our light coats. Lips turned blue and strands of hair blew across our eyes as he led us through a third teeth-chattering verse.
Nobody came. Mom rang the doorbell as he launched into the first verse again. Uncle John flung the door open and demanded, “Who is it!” before he recognized us and invited us in.
Later there were a few chuckles when he described his mad dash from room to room searching for the radio that someone had left on. During our visit, my brothers and I waited in vain for snow, knowing we only had a few days to spend there. At last, our hopes for snow dashed, we headed home. Oh, we had a great time milling around with our cousins, roaming in small packs from room to room, but in some small secret place within, a little snow would have been perfect.
After a long boring trip, suffering from holiday letdown, we arrived home safely (another miracle). Dad parked in front of our small house. We sat in the car staring out the foggy windows in amazement at our snow-covered yard. The cactus plants in the corners had spiky snow beards. There wasn’t enough snow to build a snowman, but we had a great snowball fight before we unpacked the car.
A miracle.