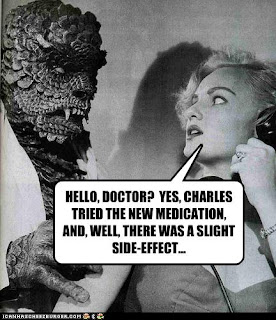 There's an epidemic across the world. It's called obesity and it's to blame for everything from diabetes to heart disease. As always when there's an abrupt change, scientists and researchers are rushing to find the cause.

When I was a kid, fat people were fat because they ate too much. Size sixteen was healthy. And chemicals in mass-produced foods were not even a glimmer in most minds.

Cigarettes were being touted and healthy and glamorous. Cute commercials lauded the wonders of tobacco.

And then people started dying of lung cancer. A couple generations of people died before someone started shouting about the dangers of tobacco and smoking.

Over and over the same scenario is repeated. As humans, we can't seem to get our acts together. We still trust doctors, pharmaceutical companies, big food industry, and all the other people out there producing products for our consumption.

The newest revelation is diet soda/drinks make you fat. Back when I was a young married woman with four small kids, I consumed a ton of TAB. That was the premier diet soda at the time. Then all sorts of information came out about the dangers of caffeine so I switched to a caffeine free, sugar free, sodium free soda. In effect, is was colored water. But wait!

Now it turns out that the sweetener used makes our body's insulin not work right. Great...

Even foods we buy and cook ourselves at home contain chemicals. There is considerable speculation about the effects of hormones in our meat and the cause/effect on our young girls who are hitting puberty earlier and earlier. Maybe that hormone filled milk we've been pushing has something to do with our little girls menstruating at age ten instead of thirteen.

I wonder if there's anything out there that's safe to consume. Or in our rush to make things better/more convenient, are we hastening the end of our days?