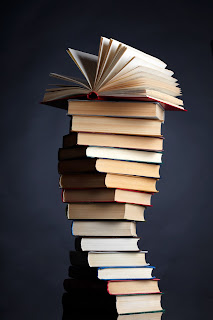 While the snow continued to fall, he kept a wary eye on the raiders, collecting as much information from his observations as possible. Each ship carried around eighty men, yielding an approximate total well over a thousand men. With the exception of two scouting patrols of eight men each, the rest remained on the beach. From that, he deduced they were most probably unaware of a human presence on the island.
One patrol turned toward the far end of the island, well away from the caves where the women were hiding. The other group headed directly across the plateau in a line that would bring them close to the beach where the ship wrecked earlier that morning. That group passed very near to where he lay hidden. He held his breath as they trod past. With his recent knowledge of the trees and standing stones in the immediate area, he was able to calculate an approximate comparison and arrive at a height estimate. Ten feet. They were true giants with corresponding strengths and abilities.
Shadow wondered how they coped with the nasty weather, dressed only in their skimpy fur cloaks, rough knee length tunics and thigh high boots. Wild unkempt dark hair streamed down their backs and when one man laughed heartily at something another had said, Shadow caught a glimpse of a startling double array of pointed teeth.
After the two patrols returned and gave every appearance of settling in, he used his scope to satisfy his remaining questions about the raiders. The gray light of day was waning rapidly, but in the flaring glow of the fires he focused on one man’s face, absently watching the raider vigorously gnawing on an animal’s leg bone. At least he hoped it was an animal. Shadow’s stomach cramped as he recalled Ani’s report of them being cannibals. He should have been put off by the two rows of crooked teeth the man displayed as he tore another hunk of meat from the bone, but hunger could gloss over many unpleasantries.
Besides, the raiders’ eating habits weren’t Shadow’s primary interest. All afternoon he’d puzzled over the odd headgear the raiders wore. Now through the narrow lens, he realized their helmets were actually some sort of feathery, furry hats shaped like lizards. Most were green, but there was a smattering of other colors that apparently denoted rank.
Then, as he focused on the strange helmet on the man’s head, its golden eyes blinked.