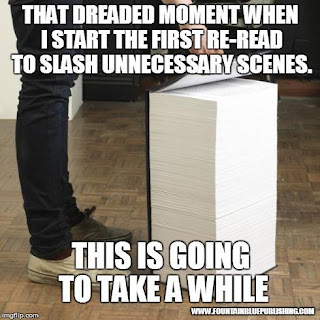 All legislative powers herein granted shall be vested in a Congress of the United States, which shall consist of a Senate and House of Representatives.

Legislation--the writing of laws. Here's where the Congress has their chance to influence life in our country. Unfortunately, most new legislation resembles that book in the picture above. Most legislators (our Senators and Representative) haven't even read the legislation they pass. Think about it. Mostly, except for a few influential individuals, the folks we vote for and send to Washington don't even know what they're voting for. If the legislation isn't controversial enough to attract media attention, no one knows what it is until suddenly it's law--usually passed in the middle of the night when their constituents are sleeping or watching television.

If you're unhappy with the direction the country is going, it's these men and women you should be investigating. Do you know who your senator and representatives are? Do you know what they're working on? How they voted? Such information is easy to obtain. What are you waiting for?

Every bill which shall have passed the House of Representatives and the Senate, shall, before it become a law, be presented to the President of the United States; if he approve he shall sign it, but if not he shall return it, with his objections to that House in which it shall have originated, who shall enter the objections at large on their journal, and proceed to reconsider it. If after such reconsideration two thirds of that House shall agree to pass the bill, it shall be sent, together with the objections, to the other House, by which it shall likewise be reconsidered, and if approved by two thirds of that House, it shall become a law. But in all such cases the votes of both Houses shall be determined by yeas and nays, and the names of the persons voting for and against the bill shall be entered on the journal of each House respectively.

The President doesn't make laws. That's the Congress. And they control the money. If they don't vote to approve something (like war or other controversial spending), then it doesn't happen. When you don't like a law, you should have a chat with your Senators and Representatives. Seriously. They get nervous when their constituents start talking about voting them out. That's our power and responsibility. If we don't like what they're doing, then it's up to us to change things.
Posted by Anny Cook at 12:07 PM