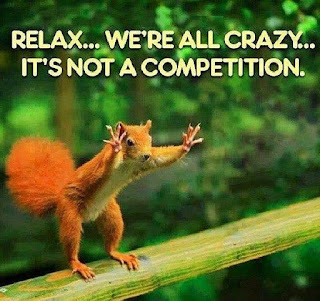 When I was a girl, there was on expression in common use that I don't hear very often anymore. Well, actually, there are several I suppose, but this one in particular strikes me as relevant. "Keep your eye on the ball."

As a nation, as a people, we are too easily distracted by the unimportant, by the spectacular, by the awful, by the strange, by the liars in the media, by the charlatans of government. Maybe it's all the dazzling, shiny balls whizzing around for our entertainment. Maybe it's because it's too much effort to pay attention.

More than once, Congress has quietly passed legislation, the President has signed it into law, and zero media coverage has been presented while everyone was distracted by other shinier events. Months later, folks wake up, look around and ask, "When did that happen?"

The answer..."Back when you were engrossed in some other media circus." And has anyone noticed how the Congress can and does work together when they want to???

I could add that we too often react rather than act. The phrase 'knee-jerk' comes to mind. You know what that is. It's when the doctor whacks your knee with his little rubber hammer and your foot jerks up. If you don't believe in the knee-jerk philosophy, I challenge you to scroll through your newsfeed on Facebook and note how many times some inflammatory story is shared--apparently without anyone fact-checking it. Here's just one example.

In the wake of one idiot's actions--and yes, they were absolutely awful and evil--we have a slew of people calling for gun control, removal of a flag, dialogue about the difference between the way police treat white suspects and black suspects, and calls to change the names of schools, parks, etc., that were named for Confederate generals. Knee-jerk.

I keep waiting to read or hear one sensible discussion on any of the above. Hah. Not likely, because no one wants to actually research, write, and then present their findings. Numbers are a fickle thing, subject to many interpretations. I don't want pretty charts. I want hard facts. Are there any? Probably not.

As I sit in my office, reading the widespread coverage of so-called current events, I wonder how many people realize how skillfully we are being manipulated. The master manipulators know exactly which strings to tug to jerk us back to the party line. Our current presidential campaigns are a perfect example. We have a group of clowns (both parties) announcing their presidential aspirations. After some entertaining shenanigans and frankly unbelievable stupidity most will drop out, leaving a couple serious contenders that appall everyone, but hey!--now we're stuck with them. It's a magic trick called misdirection. Watch it all play out.