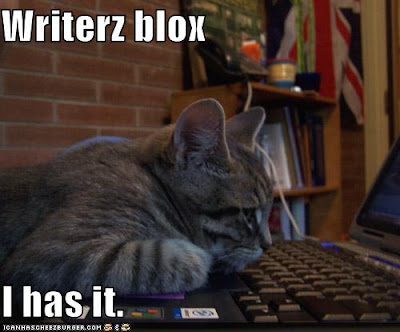 Everyone has at least one particular thing they don't "get". For some people, it's numbers. For others it's a subset of numbers such as percents or fractions. Some people transpose letters. Some have trouble with verbs. For me...it's point of view. Hence the title of my blog.

Since I started writing with serious intent, I've been teased about my runaway switching of view points--otherwise known as head hopping. I understand the concept when it's explained to me. Really.

But if you hand me a couple pages of manuscript--anyone's manuscript--I can't pick out the instances when this occurs. As hard as I try, the darn thing is opaque for me until someone else high lights it. Even then, I may not be able to decipher who's viewpoint it is. Or why.

If you're a non-writer you may be shaking your head and saying, "So what?"

But if you're a writer, you know this is considered a serious flaw. Editors and publishers don't want to spend time marking up your manuscript for the zillion POV changes that need to be made. No matter how brilliant your story might be, no matter how many heart strings you tug, ultimately it isn't worth the time commitment required to correct it.

Yesterday I worked many hours on a section of my manuscript that was about three pages long. I slaved over it word by word before finally sending it off to a critique partner. And still in that short piece there were two POV issues. That was with two characters in the scene. Imagine what it must be like when I have more than two characters!

There are certain subjects that don't seem to be covered in writer's workshops. One is synopsis writing. Another is point of view. I'm sure there are others. In the meantime I read every article I can find on the two I mentioned, believing that the day will come when the light bulb flashes and I finally understand. So far, it's not happened, but I haven't given up.

I have to admit, though, that frustration sets in when I'm told understanding POV is simple. No--for me--it isn't. I don't pick up on the cues that would give me the information I need. Someday in the future that might be the case, but for now it's not. To some extent, I might as well be blind when trying to decipher whose POV a particular paragraph is.

I'm sure every writer has some issue that drives them insane. Writing is such a solitary profession. It's not like the writer can wander over to the next desk in the office and chat up a co-worker for help. Yes, I know we have critique partners and fellow writers and editors. But if y'all are honest, you'll admit that dealing with problems in the technical aspects of writing are the most difficult to share. Especially when there's a repetitive issue involved.

Surely I must not be the only one with a writer's block. Right? What's your particular problem?