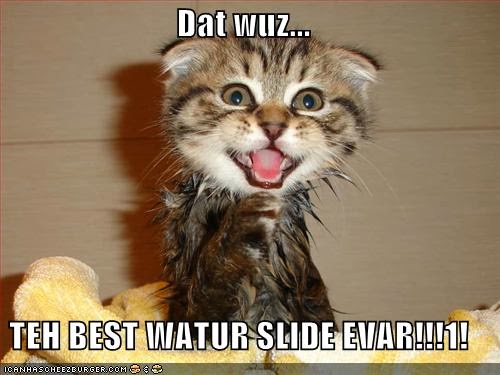 Well, the Olympics is finally over. There were winners that medaled--and then there were those who didn't, but showed up and did their best. They worked, they gave their all, and some came THAT close to receiving a medal.

In my book, the real winners were those who came, who performed to the best of their ability, and then cheered on their fellow competitors. The losers? Those were the folks who bitched and moaned and griped about how their non-medaling performances were someone else's fault.

You know who they were. We should hand out awards to the whiners...the 'my suit slowed me down', and 'the judges cheated', and, and the 'it was only a tenth of a second'! Every Olympics is riddled with less than heroic athletes who can't face their own short-comings.

I want to give hugs to the gold medalist who waited at the finish line until the very last skier finished the race so he could offer them a hug and handshake. Or the coach who provided a ski to the competitor on another team who lost his so he could finish the race. They are the winners.

Gold medals are a fleeting moment in time. Grace and generosity whether you win or lose--those are the things that count.
Posted by Anny Cook at 2:58 PM