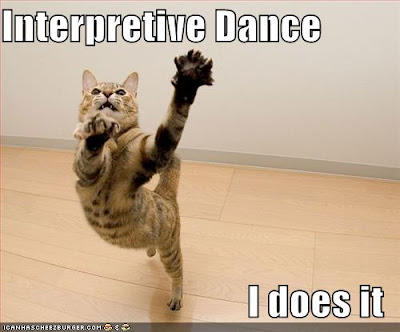 Interpretation is everything. In the writer's world, the task of getting your point across hinges on the words and punctuation you employ. Sloppy or effective word choice can make all the difference between presenting the reader with a vivid or murky picture. Any average writer can do a fair job with description and action. Personally, I think the thing that separates the average writer from the arresting writer is dialog.

Really. I've read a lot of books in the last few weeks. And some of the dialog is pitiful. I wonder if the writers really listen to the way people talk around them. There are a few people who use complete words and sentences all the time, but most? Nope. Most people use a verbal shorthand to communicate.

The vocabulary the character uses is equally important. Now in my writing I might use the word communicate like I did in the paragraph above. But if I was in conversation with the house hunk I would be far more likely to use the word talk. I might describe the sky as azure, but I probably wouldn't turn to my friend and say, "Isn't that a lovely azure sky?" If I did she would look at me as though my marbles were missing.

I love a good snappy dialog. What I don't love is a long-winded information dump via dialog. Especially a fake sounding information dump. You know. The characters are gathered in the library while the chief of police explains how the murderer did it. Ugh.

Equally annoying are the really strange conversations some authors hang on their characters while they're in bed. Verrrrry strange. I've been around a few men in my time. I've never met one who had a lick of sense when he was in the process of getting some. Certainly, I've never met one who had enough presence of mind to have a long-drawn out conversation. And if the woman is able to focus on this long-drawn out conversation then he's doing it wrong!

Last week I swear I read a book where the hero/heroine were having a detailed conversation about decorating the bathroom. While they were in bed. Doing it. No.

People use contractions when they talk. Can't, won't, didn't, she'd, wouldn't... When the writer refuses to use contractions, then they change the character's tone of voice. I'm sorry, but I just don't believe some big biker dude is likely to speak like he graduated from Harvard. He might have. But what's the point? Is that central to his character? Speech patterns matter. If he speaks like a professor, he's going to stand out for sure in a bunch of rough biker men.

Anyway, I think I'll close with a conversation from Traveller's Refuge.

Traveller cleaned up, as quickly as humanly possible, checking himself out in the blurry mirror hung over the dirty rust-stained sink. When the toilet ceased running, he turned off the light-blower switch and leaned against the cold door listening intently.

“You think he’ll show?” The sleepy tenor voice came through with startling clarity.

“Nah, I think he’s probably in by now.” The deeper growl was more alert but clearly disinterested. “Get your coffee and we’ll go find Angelo and send him home.”

“I wish I knew what the hell this was all about.”

“Well, don’t think. Go pay for our coffee so we can get out of here.”

“Can’t we take the time to get a sandwich? The restaurant sells those egg and bacon sandwiches on a bagel. I nearly starved yesterday.”

Trav listened to them walk away. Counting to three, he opened the door and slipped out, heading for the rear exit which passed the showers and bunks for the truckers. With a quick look around, he moved into the shadows of the trash bins, ducked into the woods and silently approached Angie.

Angelo turned in his direction and shot him a curious look. “Back so soon?”

“Yeah. You know someone named Kevin?”

“Shit. Yeah, he’s my replacement. You saw him?”

“Nope but I sure heard him. And FYI, he’s got company. I slipped out the back.”

“What the hell is up?” Angie demanded fiercely.

“I think that dear old Free is setting you up for a fall. I’ve got to beat feet, uncle. Thanks for keeping an eye on my stuff.” Trav grabbed his bags and walked further into the woods.