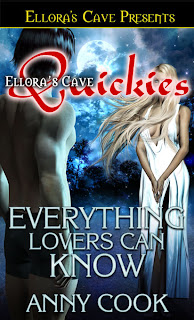 There has been quite a bit written lately about literary series. Some pro and some con. I myself have had both some wonderful experiences with series and some not so wonderful experiences. The first series I ever read was the Bobbsey Twins. Then came the Nancy Drew, Cherry Ames, Hardy Boys, and Tom Swift series. Of course, there was the Little House on the Prairie and Little Women, Little Men, and the rest of those wonderful books. I guess you can tell that I loved series books.

When I was older there weren't as many series for a while. I read the Travis Magee series by John D. MacDonald and the Williamsburg series by Elswyth Thane. There were several mini-series by Elizabeth Peters/Barbara Michaels. Iris Johansen had a wonderful series with Loveswept Books called the Sedikan series. And oooh, there was the Arthurian series by Mary Stewart, the Valdemar series by Mercedes Lackey, and the Freedom series by Anne McCaffrey. As you can probably tell, I'm an equal opportunity and genre series reader.

So it's no surprise that I generally write series books myself. Somehow, it always seems that there is another character that I want to know more about--or who insists that I write his (or her!) story. At the moment, I have three active series in the works. Some of you have been kind enough to write to me about Bishop's story in the Mystic Valley series. I can tell you that I've finished it. It's titled Love Never-ending and I was recently offered a contract for it with Ellora's Cave. What will be next for that series? I'm not sure.

At the moment I'm working on another Flower book from Avalon. I've tentatively titled it Magnolia. Maggie is quite a girl. We'll see how this one goes. I'm pleased with it so far. When I finish it, I plan to work on the next angel/shifter book. I believe that will be Zipporah/Sebastian's story.

Why do I write series? Hmmm. I like the worlds that the characters are living in. There are two types of series. One type is a series of stories with exactly the same main characters. The In Death series by J.D. Robb is a perfect example of this type of series. It has a cast of characters that continue from book to book much like a TV series has a cast that remains the same. The advantage is that you get to know all the foibles of all the characters. They become good friends. The downside is that it's usually difficult to enter the series (or TV show) midstream without always having that nagging feeling that you're missing something.

The other type of series is a group of related books/stories set in the same world. They may or may not have repeating characters from previous books, but the world rules remain the same. A very good example of this type of series is the Valdemar series by Mercedes Lackey. Some of her stories are even series within the series so to speak... trilogies that stand alone. In that type of series, once you are familiar with the world, you are comfortable with any of the stories.

There is a third type of series. It's what you might call a "limited" series. It usually consists of possibly four to eight books. Elswyth Thane wrote such a series--her Williamsburg series.

So what category do my series fit in? The Mystic Valley and Flowers of Camelot series are mostly the second type. Stories that take place in the same world. Occasional carryover characters. But in each story the hero/heroine will be different. The angel/shifter series is the third type--a limited series about one family--probably six books total.

Much of the recent discussion has been about authors who "break the contract" with readers by killing off main characters or not providing an HEA. I promise that I won't do that. It's not something I can quite manage. And I refuse to read a series where the author breaks the contract. That's when they lose me as a reader.

Will there be other series in the future? Yeah, probably. I hope you'll give them a chance when I get around to them, too. In the meantime...I have a story to write.