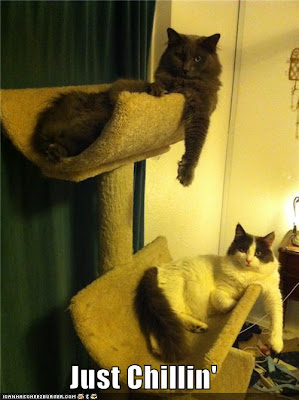 The day before I was scheduled to leave for Florida, I received a call from my doctor about my recent blood work. They needed new tests as some of the numbers were waaaaay off.

So I went down to the office where it was decided I would just go on a stronger dose of my meds and in six weeks I would go back for more tests to see how the new dosage was working out.

Finding a pharmacy open that time of night that could fill the new scrip was interesting, but eventually, I was all set. We went back home and finally crawled into bed only two hours later than I planned.

For quite a while now I'm been unaccountably cold. While everyone else in the house was uncomfortably hot, I was literally shaking with chills. I'm not a small woman so I couldn't account for the discomfort--and it was very uncomfortable. I couldn't get warm until very late at night. My feet were cold. My hands were icy. Heck, even my nose was cold.

Not once did I connect the chill with the low blood levels. Then an article on the internet caught my eye. It was about various signs that women in particular need to pay attention to and talk to their doctor about. One of those signs was a continual chill...a sign that your thyroid levels need to be checked.

Well, now. My blood levels had doubled in the last six months. Do you supposed that had something to do with my chillin"? Thyroid meds are peculiar. They can only be increased in tiny increments every six-eight weeks. So while the big chill is not as bad as it was, it hasn't quite gone away.

At least now I know I'm not crazy.