My blogmates have taken to requesting specific years of Christmas memories. Unfortunately, I can't remember every single one. Senior moments and all of that. I'm pretty sure though that Kelly requested 1979 so here it is!
Christmas 1979. That was the year we stretched the budget to get the kids’ bicycles. At our house, Santa always brings a stuffed animal. It was my feeling that Santa bringing tons of presents sets up kids for unrealistic expectations. No matter how the year went, a stuffed animal was always doable. And after that, whatever Mom and Dad can come up with is great.

My kids had a realistic idea of our money situation from the time we sat them down and let them pay the bills with real money. My house hunk had his check cashed at the bank in $1 bills. Then we sat down with the kids and let them count out the money for each bill. We did that for six weeks. If there was any money left over after the bills we let them do the grocery shopping with a calculator and count out the money for the food.

After that when we said there was no money, they understood that reality. To this day, they’re all very good managers. This particular Christmas was important to us as a family as the previous Christmas had been very, very bad. We didn’t have a lot of money, but there was a bit more than usual so we decided that we could afford to buy bicycles.

Of course when your kids are pre-teen age, hiding bicycles is a pretty tricky proposition. Finally, we simply made the garage off-limits. Late Christmas Eve the house hunk and I were out there trying to assemble three bicycles. The store would have assembled them, but that cost money that we couldn’t afford. One needed training wheels. Things did not go well.

Around 2 AM, the door opened and my second son trotted out there with his hands in his pockets. First of all, I was startled that he was still dressed. And then of course I demanded to know why he was awake.

His father handed him the wrenches. “If you think you can do better than we are, go for it.” Thirty minutes later all three bikes were assembled and parked by the tree.

My son was nine years old that Christmas. Until he left for the Navy, it was always his responsibility to assemble all the gifts marked “Some Assembly Required.”

That year Santa brought the kids stuffed Safari animals—lions, tigers, and such. Up until a few years ago, they still had them. And then they decided to donate them to a kid’s program. As I recall, that was the sum total of Christmas gifts that year, except for the perennial favorite… new underwear. To this day, that’s a family in-joke. Every Christmas the kids receive new underwear. Now of course, it’s pretty fancy stuff.

Do you want to win some fantastic holiday reading? If so come celebrate the Twelve days of Romance with 12 authors from Ellora's Cave, Wild Rose Press, Total-E-Bound and Cerridwen Press. Each day beginning December 8th and running through December 19th one of the twelve authors will tell what their "True love gave to them" on either their blog or website.

Collect all twelve answers and e-mail them to anny@annycook.com with 12 days of Romance in the subject line to win some great books. There will be three lucky winners. The prizes –1st prize--6 books2nd prize--4 books3rd prize--2 books

Entries must be in by December 21st at midnight EST. All books and prize winners will be drawn randomly. 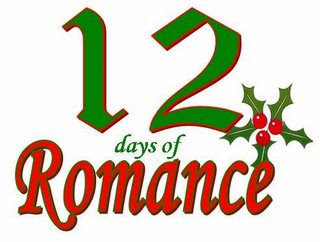 Make sure you stop at Kelly's Place at www.kkirch.blogspot.com for her take on the Saga. And then stop by for Amarinda's Report at www.amarindajones.blogspot.com Blessings on your day!