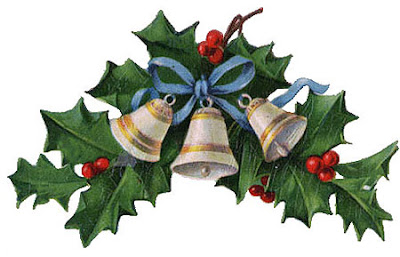 Christmas 2003. It was a busy, busy year. In June we moved from New York to Maryland because the house hunk was transferred. Moving is always stressful, but this time it was particularly so because we lived in our last home for nineteen years. So much stuff. So much stuff to sort and get rid of or throw out! Then in mid-September Hurricane Isabel roared into Maryland. Fortunately, we were not near the flooding, though one of the trees behind our building ended up on our balcony.

Our younger daughter was pregnant, due in late December. We made arrangements to stay with our oldest son. Our daughter and her boyfriend were staying in a small room so Christmas was celebrated at our son's apartment. No baby. It appeared that the baby was in no hurry to arrive. We made arrangements to wait the baby out, but by December 29th, we were running out of our medications and reluctantly made the decision to go home the next day. That afternoon our daughter called, "Don't go yet! I've started labor!"

In a little while, her boyfriend called. "She wants you to be here when the baby's born." So we hopped in the car and made the forty-five minute drive across the Hudson River to the hospital. When we arrived, he was waiting for us and ushered us up to the maternity floor.
She didn’t quite make it for Christmas, but on December 29th close to midnight, the househunk and I were with my daughter and her boyfriend, present when Daisha Monet made her entrance.

Witnessing the miracle of a new baby never gets old. The precious gift of a new life—especially at Christmas—is a reminder of the real reason we celebrate Christmas.