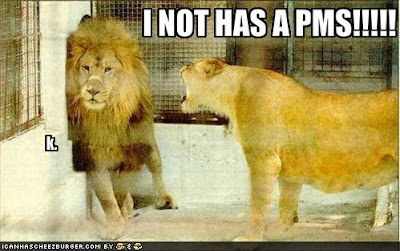 Women have power. Men are bigger and more muscular. But match them up with a woman suffering from PMS... and they're generally toast. There are a lot of jokes about it, but the truth is often scarier than fiction. Many women are just a tad irrational at that “time” of the month. A wise man walks warily.

Women also have a tough inner core. They have to because they are the child bearers. It usually takes a fellow (on some level) to initiate a pregnancy. But the woman is the one who carries the load for nine months and then delivers the child. They don’t call it labor because it’s such a piece of cake.

That’s only the beginning of a long life spent protecting our offspring. Men will protect their mates and children first. If they’ve been brought up correctly, they’ll protect other women and children. But it’s been observed that even the mildest of women will protect all children—even children that are not their own—with an unparalleled ferocity. I recently had a discussion with a fellow writer who had a difficult time relating to one of my heroines who killed a man who was attacking her. Clearly the heroine’s life was in imminent danger. When I asked the writer what would happen if someone was attacking her children, the answer was immediate. He’d be dead. So while a woman might be ambivalent about her own life, the life of her child would be a different case entirely. Regardless of the inequality in size, the woman would wade into the fight without another thought.

In the face of unspeakable tragedy, women have and will continue to endure. We see the future clearly. That future is the next minute, the next hour, the next day. We know from experience that we have endured and survived in the past. Based on that experience, we expect to survive in the future. We are woman.