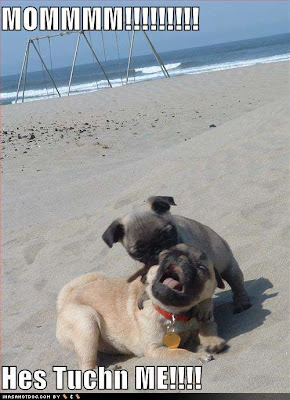 Back when I was a kid, all four of us sat in the back seat. That was waaaaay before seat belts, car seats and all that other stuff. My stepmother had a sure fire way to keep us from fighting. Everyone had to sit with their hands on their knees.

A few years down the road, I had four kids of my own. Once they were too big for car seats... well, they spent a lot of time with their hands on their knees. It worked. Of course, they were more inventive and tried using their elbows, but in general, it worked.

Recently, my granddaughters traveled in my car. Bicker, pick, bicker, pick... and I turned around and said, "Put your hands on your knees!" Thought my daughter was gonna laugh herself sick. Some things never change.

Isn't it good to know that you can count on something?