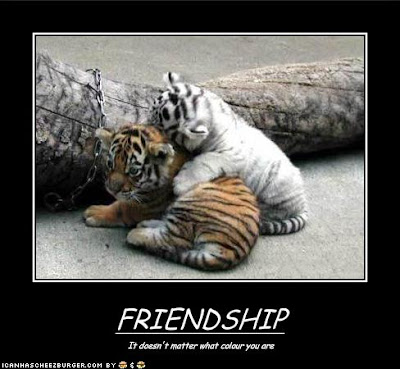 In July last year, my book Kama Sutra Lovers was released. I happened to be involved in a conversation not too long ago with an acquaintance who informed me that she wouldn't ever read it. Like any author, I was curious about her reasons, though I was sure I knew the answer.

"Why not? Is it because it's a tri-marriage--a ménage?"

"No. I generally enjoy those."

"I know not everyone enjoys reading e-books..." I ventured.

"Well, what's wrong with the book?" I finally asked in exasperation.

"I don't read books with black people in them."

I could not for the life of me think of anything to say to the woman. She had professed on more than one occasion that she was a big fan of my Mystic Valley books--and those people are blue! So why did it matter what color a character's skin was?

It was the first time in a long time that I had come face to face with such boldfaced bigotry. Oh, I know it exists. Both of my son-in-laws are black. My grandchildren are half 'n half, as my son-in-law says. I've seen the looks when we're all out together in the mall or a restaurant. But looks, while hurtful, are not quite the same thing as putting those same feelings in words.

I don't feel like it's any great loss that this woman won't read my book. I suspect that the love story would be invisible to her anyway. Because sadly, she's colorblind in the worst way.