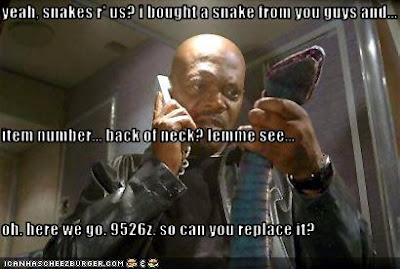 When I was in fourth grade, I had a boyfriend... we'll call him Harry. Now Harry loved all things creepy and crawly. He collected stuff like black widow spiders and tarantulas and once we tried to collect a gila monster, but that adventure ended badly.

Anyway, our families went on a picnic together. This was back in the time when you could have a camp fire and roast wieners and marshmallows and stuff like that. We didn't have coolers back then so Kool-aid or tea was made up and carried in a big glass gallon jug. Food was carried in bowls or pans covered with aluminum foil. No Tupperware back then, either.

When we arrived at the picnic spot (generally just a place by the side of the road where there were some trees and a creek as a park was a National park, not a local park). This particular time we had cold fried chicken with sides so we didn't need firewood until after supper. Then while our mothers cleaned up and put things away, Harry and I went looking for firewood for the marshmallows.

It was getting near sunset. Once it was dark, we would roast marshmallows and sing songs. So Harry and I were hurrying along when Harry spied a snake.

Well, don't you know, Harry wanted that snake in the worst way. He sent me back to fetch our fathers. They came and had a look at the snake and determined it wasn't poisonous. Then they had to determine a way to take the snake home.

You guessed it. Everyone had a drink from the gallon jug so we could empty it and rinse it out. Then they caught the snake and put it in the jug. The whole time we were roasting marshmallows and singing, Harry had his arms around that jug.

I don't remember what happened to that snake. But for sure, that was one picnic I never forgot.