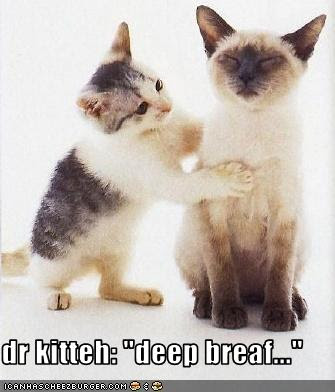 Okay. So I went to the doctor and it was mostly good news. Lost four pounds. Have to have more blood work done. Ick. I guess I broke even.

Came home and fought with my computer some more. Every screen change takes anywhere from five to fifteen minutes. I suppose I'll spend the morning with the tech guy. So, take a deep breath and do NOT throw the computer against the wall.

Not much writing took place. Hoping I have a chance to do more writing once my computer quits hiccuping and settles down. Received some great news from my editor. Rescuing Clarice will be released May 6. That's a nice springy month for a book release!

On the other hand, since I couldn't work on the computer, I cleaned up enough to collect four bags of trash necessitating two trips to the dumpster. The house hunk was not amused as it was raining by the time he came home.

On Friday, spring begins so I suppose I should decide whether to take the Christmas tree down or whether I should decorate it with Easter eggs. It wouldn't be the first time. But I could use the space. Who knows? Perhaps I'll get ambitious and move all the furniture around. So if the computer refuses to get out of bed today, then maybe I'll wrap up the ornaments. We'll see. It's always good to have a back-up plan.

Went shopping last night. Of course the house hunk homed in on the Easter candy, ready to buy it immediately "for the grandkids". Hmph. I told him he needed to talk to our daughter first and find out if we were even going to see the grandkids for Easter before he started buying candy. He protested that all the candy would be gone if he waited to do that. Heh. He's a chocoholic so yeah, it would be gone, all right. No candy when we left the store. Anny, 1. House hunk, 0.

Next we visited the Office Depot where I had some copies of my book covers printed so I can finish framing them. I have a nice wall that's just calling their name. While we were there, the clerk and I had a lovely conversation about writing and other such stuff. She was very excited to be a real "live" author. I refrained from mentioning that I was excited to be alive, also.

In the meantime, the house hunk wandered around the store until he talked himself into buying a laser printer for his room. Then he spent the evening hollering for me to come in there to see the printed pages... as though no one had ever printed anything before. What is is with men?

So that's about it. A nice boring Monday. No telling what will happen today. In the meantime, have a great day!