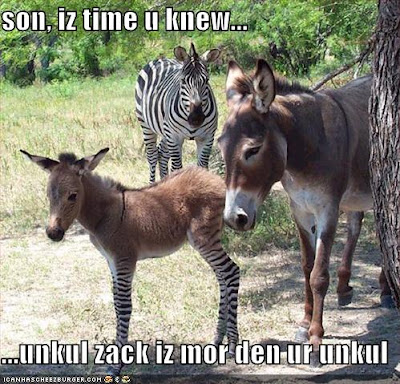 Yesterday morning my son called to deliver a message. Seems a former genealogy correspondent tried to call me, using my old New York phone number. When she discovered that was no longer valid, she called my son--he uses the same name as the house hunk--and asked him to pass her phone number on to me.

I don't remember the last time I talked to this woman. She says it was in 2001. But we have shared considerable information on a particular family line since I first married--and that's quite a while!

I called her back, wondering what had spurred her to get in touch with me. After the usual catching up that you do in this type of situation, she revealed the purpose of the call. It seems that my mother-in-law, now deceased, had shown her a picture many years ago of a mutual ancestress who was purportedly an Indian "princess".

Now, I'm sure that there were many early Americans that intermarried with various Indian tribes. We have historical records as proof of that. And it's even possible that there would be a comparable title to princess in the tribe hierarchy. But I find it a bit far fetched--in the time period that this was supposed to have taken place.

In any case, my mother-in-law was always less than helpful when I was working on the genealogy for that side of the family and definitely never showed me that picture. I explained to my friend that when she died, all of my mother-in-law's papers, pictures, and other belongings went to my sister-in-law. All efforts to get her permission to look through them have been unsuccessful. Eventually, the house hunk and I obtained the information we needed from other sources and quit worrying about it.

Now my friend wants a copy of the picture of the Indian princess. Hmmm. Well, I explained the difficulties, gave her my sister-in-law's phone number and wished her luck. It will be interesting to see if she's more successful at prying information from my sister-in-law than I was.

Genealogy is a touchy subject with some. Clearly there are deep, dark secrets in this particular family line. What I find interesting is long after all the relevant people are dead and gone, the secrets are still worth defending. It doesn't make the house hunk and I less curious, for sure. But neither is it worth the effort to retrieve that hidden information. For us, it was a shared interest that we enjoyed.

An experienced genealogist is discreet and respectful with family information. While it might be amusing to discover that an ancestor from the eighteen hundreds was a bank robber, the same would likely not be true in the late twentieth century. So whatever the secret is--its safe. And if my friend does indeed obtain a copy of the picture from my sister-in-law, I will be most curious to see what the princess looks like.