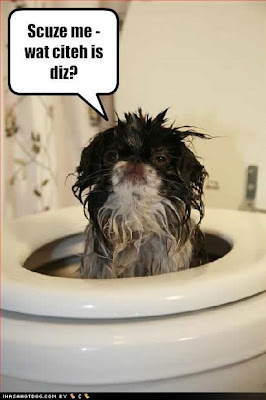 I've done my share of traveling around the US of A. In my younger days that traveling was often at night. In the days when we had little money and a lot of kids, hotels generally weren't in the budget. So we swapped off driving duties, the kids slept in the car, and we drove and drove and drove...

When I was young of course that was always the case. There was no money, no Interstates and motels were very far and few between. They were tiny poky little rooms that weren't much more than a double bed and a bathroom. The main routes were two lane roads that had few straight stretches. They went up and down and around... and slowed to a dead stop in every little town that came along.

There was a road that we traveled regularly in Arizona that was about a lane and a half. It had small pull out areas so drivers could "pull out" for the oncoming traffic to pass. It also was hairpin curves for about forty miles, with a sheer cliff on one side and a sheer drop-off on the other.

I remember waking up many nights as we zipped through sleepy little towns where even the gas stations were closed and asking, "Where are we?"

There's a certain feel to the night when you're traveling. In the summertime when you stop for gas, the bugs are attracted to the fluorescent station lights, the hum of the truck tires sing in the night, and no matter how hot the days, the dark mysterious hours seem cold and damp. There is a delicious sense of the forbidden when you travel at night. As a child, you're usually fast asleep, safe in your bed, but when you travel, you're often awake while the rest of the world sleeps. Even as an adult I find that feeling of sneaky naughtiness still blindsides me occasionally when I'm traveling. While the rest of the world is safe at home behind locked doors, I am out and about.

On your next night trip, listen to the sounds, breathe in the night scents, watch the dance of the night creatures as they whirl in the lights. Look around you and remember the feel of the wind. Wherever you are.